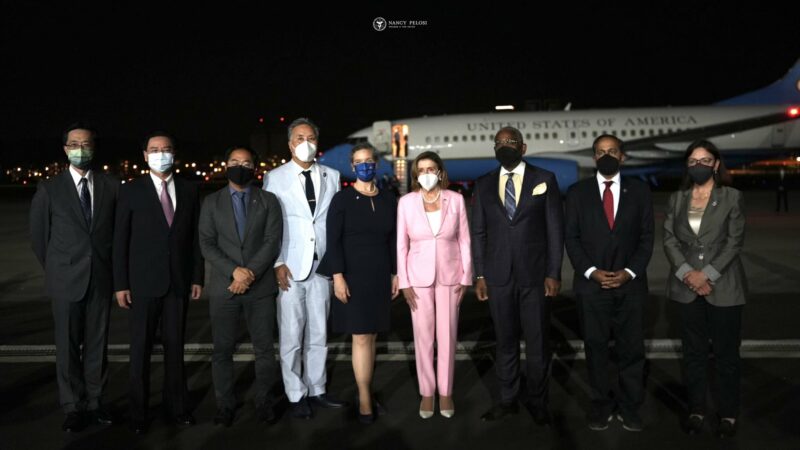 Reinhard Bütikofer, Foreign Policy Coordinator of the Greens/EFA Group in the European Parliament, comments on the visit of Nancy Pelosi, Speaker of the US House of Representatives, to Taiwan:

“Nancy Pelosi’s visit sends an unmistakable signal of solidarity with the Taiwanese democracy against the People’s Republic of China´s increasing aggression. Beijing’s angry threats show that it has received the message. At the same time, we in Europe cannot shrug our shoulders while the People’s Republic tries to accustom the world to the idea that a forced annexation of Taiwan is inevitable. For us, Taiwan is not only a valuable partner in economic terms and a role model in health management. We also value it as a vibrant democracy in a geo-strategically central region.

Europe has no interest in an escalation of the tensions relating to Taiwan. But precisely because of this, Europe must not give in to Xi Jinping’s increasingly intrusive foreign policy. In order to help contain the Taiwan conflict, the EU must promote two political clarifications: We will stick to the One China policy and reject formal independence for Taiwan. At the same time, we underline vis-a-vis Beijing that any attempt to subjugate Taiwan to communist rule would come at an extraordinarily high price for the People’s Republic itself.

Parliamentary contacts with Taiwan have long been part of the political status quo. The EU and Germany cannot accept that China is shifting the red lines here. We define our One China policy ourselves; we will not let Beijing dictate it to us. The economic boycott against Lithuania is an example of Beijing attempting the latter. The EU is right in standing together against it. There will be more parliamentary visits in the future. International solidarity between democracies includes Taiwan.”