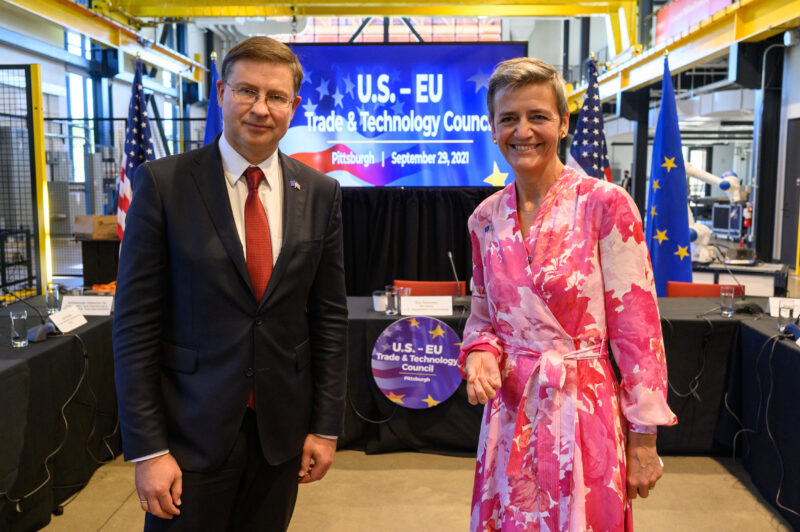 Commenting on the outcome of the first Trade and Technology Council in Pittsburgh, Reinhard Bütikofer, transatlantic policy spokesperson of the Greens/EFA group in the European Parliament, says:

“The first TTC meeting has been as success, but a meagre success. Taking place under the dark shadow of strong transatlantic disagreements over the recent AUKUS adventure, it is positive that the meeting was held at all. But the long list of urgent topics on which no progress can be reported also demonstrates the difficulties of delivering more than just nice transatlantic rhetoric. Against the backdrop of the upcoming French elections as well as the US midterm elections a little more than a year from now, it would be unrealistic to expect sweeping progress on the most contentious issues soon. Therefore, the focus of TTC’s work should be devoted to those priorities where common ground prevails, thus building trust for the more difficult issues. In parallel to the work of the TTC good coordination between President Biden’s Build Back Better World initiative and President Von der Leyen’s Global Gateway initiative should be given utmost attention and the EU should move beyond its artificial division between foreign policy and international trade policy by including HRVP Borrell in the EU delegation next time. It has been awkward that Secretary Blinken sat at the table in Pittsburgh, but Josep Borrell didn’t.”