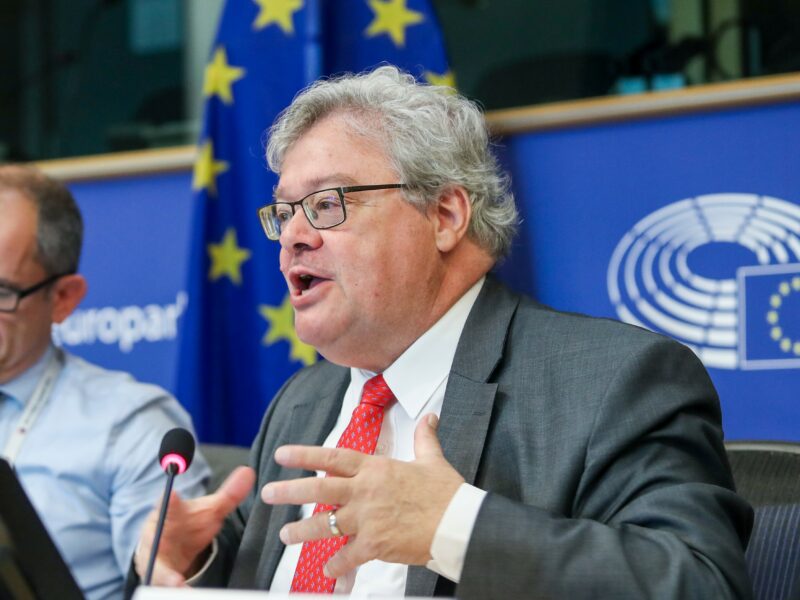 On 8th July 2020 , the European Parliament adopted a resolution regarding the closure of the pro-democracy newspaper Apple Daily in Hong Kong (578 yes/29 no/73 abstentions). In the resolution, MEPs call for the first time for a political boycott of the 2022 Winter Olympics in Beijing and advocate the idea to commemorate 1th of July, the day on which the CCP celebrates its founding, as #StandWithHongKong-Day in the future.

“While in Hong Kong the freedoms constitutionally promised for many years are systematically eliminated by Beijing, the European Parliament demonstrates the united support for human rights as the core tenet of European foreign policy. It is clear that many EU member states and also the European Commission are reluctant to speak out against China’s repressive measures in Hong Kong. It is therefore all the more important that the European Parliament stays firm in its solidarity with the citizens of Hong Kong and their fight for democracy and freedom.

“In the resolution, MEPs call for government officials and diplomats to decline invitations to the Beijing 2022 Winter Games unless the Chinese government is committed to genuine improvements in the human rights situation in Hong Kong and elsewhere in China. The European Parliament is also proposing that 1 July should be observed as a day of solidarity with Hong Kong. The consensus on these issues in the European Parliament is very strong. We will fight to ensure that Member State governments in Europe also take an unyielding stance.”
Read the resolution here.

In the debate we saw a democratic camp with EPP, S&D, Renew, Greens/EFA, ECR and a minority of the Left and an extremist camp with ID and the majority of the Left. The extremists’ message: We don’t care that much for human rights; we side with China in anti-Americanism.