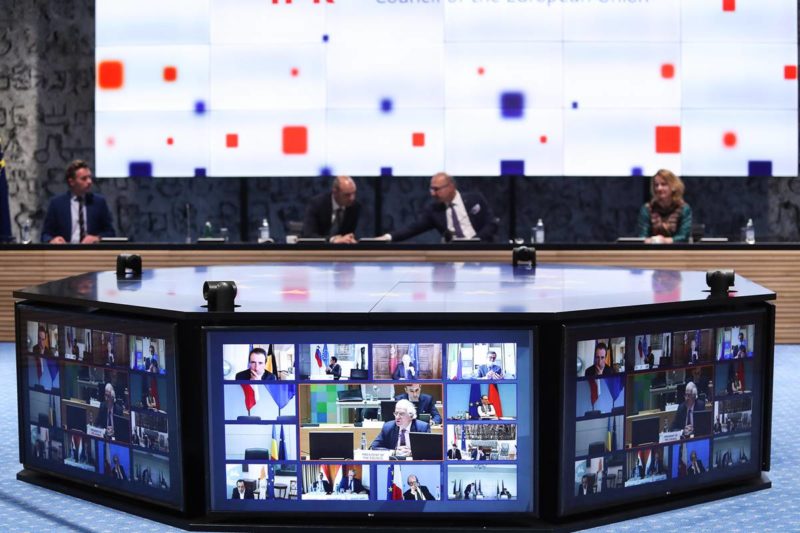 Tomorrow (Friday, 29th May), EU foreign ministers will debate the new Security Law for Hong Kong envisaged by the Chinese government. The National People’s Congress approved the law today, thereby confirming the fears of Hong Kong’s pro-democracy camp that the Chinese government will further restrict freedom of expression. Police forces are already taking brutal measures against protesters. Following an initiative of the Greens/EFA Group, it was decided today at the Conference of Presidents that MEPs will discuss the situation in Hong Kong in a plenary session on 17th or 18th June and adopt a position with a resolution.

Reinhard Bütikofer MEP, Chairman of the European Parliament’s delegation to China and Greens/EFA foreign policy spokesperson, calls on the EU Foreign Ministers to condemn the restriction of civil liberties and to work for a joint position:

“The EU foreign ministers must strongly condemn Beijing’s attacks on Hong Kong’s autonomy. For the EU, as a community of values, such a restriction of civil liberties is unacceptable. We stand alongside the democracy movement in Hong Kong. The EU foreign ministers need to communicate in the clearest terms that the Communist leadership must not unilaterally break the 1984 Sino-British Agreement, which guaranteed Hong Kong a high degree of autonomy.

The planned violation of international law must be addressed at the EU-China Summit in June. We need the EU to agree upon a global mechanism to respond to human rights violations by imposing sanctions also against Chinese officials. In view of its upcoming EU Council Presidency, the German Government should also work to ensure that the European Parliament’s call for a global sanctions mechanism becomes a reality as quickly as possible.

Given that China’s leadership is arrogantly ignoring international law, EU Member State governments, in developing their 5G networks, should carefully consider whether they have sufficient confidence that the Chinese leadership will not use its influence on Huawei to our detriment.”

Photo: Video conference of Ministers of Foreign Affairs – May 2020