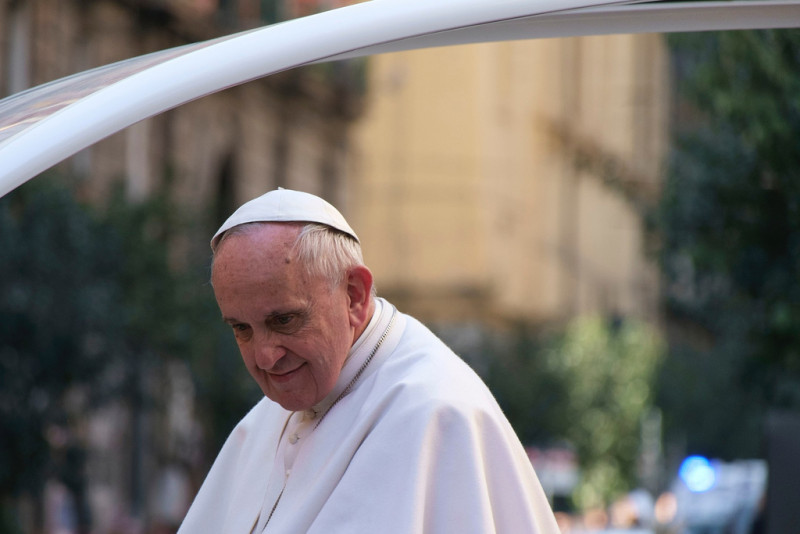 “We welcome Pope Francis’ intervention in the debate for a redefinition of social and economic progress and the need to put the fight against global climate change at the top of the political agenda.

“It is very important to note that Pope Francis’ clear position on the need to fight manmade climate change comes as a good support to the struggle against global warming that millions of people worldwide have been engaged in for many years.

“We must fight the climate crisis energetically in order to do justice, to protect the poor, and to create a new sense of morality in dealing with the economic, social and environmental challenges of today and tomorrow.

“The encyclical from the Vatican will be helpful in preparing the upcoming COP21 in Paris for an ambitious agenda, but its words go way beyond the international negotiations, as they call for an urgent need to change and rediscover a harmonious and beautiful relationship with nature, far from ruthless exploitation and degradation. This is demonstrated through the title of the encyclical, Laudato Si’, from the Canticle of the Creatures, by Saint Francis of Assisi.

“The fact that the Pope is now joining the call to shoulder the climate change responsibility with very clear language may not change the global balance of power around the issue by itself, nor will it substitute mobilisation from the grassroots. It can however help such mobilisation to make further inroads.

“Pope Francis’ encyclical is published at a time when the necessary anti-climate change efforts are finding more and more resonance within the political and economic elite than everbefore, as witnessed by the climate change statement from the G7 and the carbon divestment movement that has become a new reality in the US and Europe. This all shows that the climate movement has indeed got a chance of winning.

“But the bottom-line remains as before: we must mobilise from below to secure success. Wherever the encyclical helps in doing that, we warmly embrace it”.