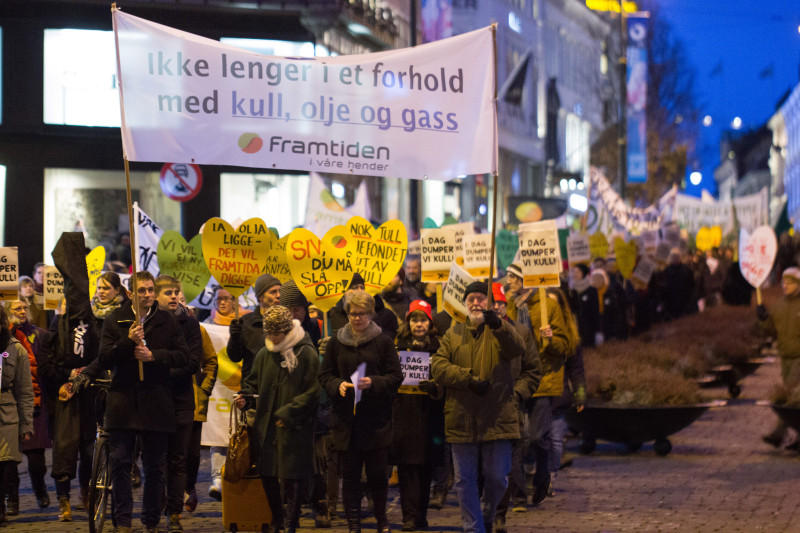 Today, Norway’s parliament unanimously decided to divest its sovereign wealth fund – the largest in the world – from coal.

Commenting on the news, Reinhard Bütikofer, Co-Chair of the European Green Party said:

“With this decision, the world’s largest sovereign wealth fund is sending a clear climate signal to the financial markets. Investment in fossil energy is a dead-end. Investors putting their money into these out-dated energy sources are putting their own financial assets in danger. Learning from Norway means divesting from fossil fuels. This is an important step in the lead-up to a Climate Summit in Paris later this year, and I congratulate the Norwegian Green Party who has successfully pushed this agenda forward since their very first day in Parliament back in 2013. This is great news and it’s great encouragement for all the Greens who are fighting the same battle in Europe and elsewhere”.

Rasmus Hansson, a Member of Parliament for the Norwegian Greens, added:

“This is a great day, and marks the beginning of the fund’s capital being put to work for a climate friendly future. The Parliament has now unanimously established a principle, based on ethical grounds, that the fund should not be invested in coal companies as they are a major contributor to climate change. Moving on from this, in the future it will be increasingly difficult to justify any investments in tar sands, or oil and gas production more generally. This is clearly just the beginning.

“With this decision Norway sends a clear signal in view of COP21, that we don’t want our savings to be invested in climate destruction. We hope that this can act as encouragement for the strong global deal that we all need to agree on in Paris”.