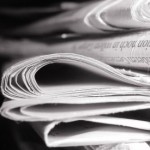 After a saga of twists and turns, almost like a page from a John Grisham book, the Glencore-Xstrata marriage seemed to be bound for smooth sailing ahead. That was before EU competition rules came into play.

A long road has been travelled by the architects of the Glenstrata merger, but some light had finally been appearing at the end of their tunnel. The revised merger terms, positive signals from Qatar and the backing from Xstrata’s board, taken together all that now makes a final shareholder approval from both Glencore and Xstrata increasingly likely. Yet the travail may not be over that soon after all. And this shouldn’t really come as a surprise to anybody. It’s the market, stupid!

The Glenstrata merger in many ways epitomises a general trend of increasing mergers and acquisitions in the mining industry. When the going gets tough, the tough go shopping. In spite of a cyclical downturn, 2011 was the second-hottest year for global mining M&A activity. According to PricewaterhouseCoopers, 2012 will become a record year with plenty of buyers and bidding wars. Further consolidation of the mining industry can be a boon, boosting economies of scale. However, it can also create anti-competitive circumstances to the  detriment of consumers.

As if there were no such concerns in this case, Glenstrata’s world tour seeking regulatory approval from antitrust authorities has until now been a cakewalk. Already back in July, the Australian Competition and Consumer Commission gave its unconditional approval to the merger. This week, the South African Competition Commission also gave its green light after receiving assurances from Glencore that only a limited number of jobs would be lost. An expectable move given the current tensions in South Africa’s mining industry. So far, however, no serious misgivings from antitrust bodies have been voiced. Many analysts concur, that Glenstrata would not set off any anti-competition alarm bells regarding the global mining market. The combined group’s expected market share in mining of coal (9%), copper (7%), nickel (6%) and zinc (12%) would not make one think twice. In fact, Glencore advisers had been so confident regarding their deal that they initially had not considered a formal investigation by the Europeans.

But when it comes to securing regulatory approval from the European Union, the merger should be far from home and dry. Taking a regional rather than a global perspective shows a less than bright picture of the merger. Recent data released from the German Federal Ministry of Economics and Technology highlights that the merger would lead to a serious concentration in the European zinc market. The combined group would control 35% of refined zinc in Europe. Runner-up with 29% is the Belgian company Nyrstar with whom Glencore has an exclusive off-take agreement for the sale and marketing of zinc until the end of 2018. According to the Herfindahl-Hirschmann Index (HHI), a widely applied measure of market concentration used by antitrust authorities, the merger would trigger two tripwires identifying it as highly questionable on competition grounds in this sector. Trade unions and industry, such as the European Steel Association EUROFER, have already voiced their concerns.

Whether Competition Commissioner Almunia focuses on the European zinc market as a stand-alone market remains to be seen. It should be remembered, however, that the EU competition authorities opted for this regional market approach in the 2001 Outokumpu-Norzink and the 2006 Xstrata-Falconbridge mergers. The EU then decided that the European zinc market constitutes a separate, independent market in itself. Should Commissioner Almunia follow this precedent, the Glencore-Xstrata fusion will be unable to clinch regulatory approval without paying a price. This could for instance include the sale of a number of zinc facilities such as the San Juan de Nieva refinery in Spain or the Nordenham refinery in Germany as well as the abrogation of Glencore’s exclusive off-take agreement with Nyrstar.

Having received a merger notification from Glencore on 2 October, the European antitrust authorities have set a deadline of 8 November to give a first assessment of the Glenstrata case. In the face of these facts surrounding the European zinc market, signing off on the merger at such an early stage should not be expected from Commissioner Almunia. This is a complex merger. The European Commission would do well to give itself enough time through an in-depth phase 2 investigation in order to look at the merger’s entire portfolio from mine to market and not only from a global but particularly a regional perspective.