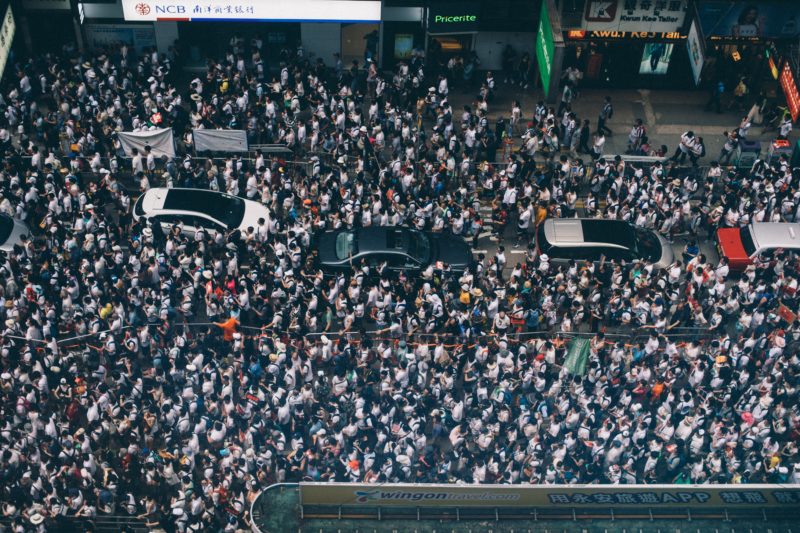 On the eve of China’s unilateral imposition of a so-called national security law for Hong Kong, and the 23rd anniversary of the transfer of sovereignty over Hong Kong, Members of the European Parliament have launched an informal European Parliament Hong Kong Watch Group. It comprises MEPs from five different political groups and member states.

The handover of Hong Kong to mainland China under the ‘One country, two systems’ principle, as stipulated in the Sino-British Joint Declaration, was meant to guarantee Hong Kong’s freedoms for 50 years and accompanied with the promise of universal suffrage. However, 23 years on, as the Chinese Communist Party (CCP) is taking an increasingly aggressive posture on the international scene, and intensifying repression in mainland China, it is also breaking the promises made to Hong Kong citizens.

In Hong Kong, there is a clear desire of the people to maintain the high level of autonomy, personified in the umbrella protest movement in 2014 and the pro-democracy protest that began in 2019, including the march of over one-million Hong Kongers in June last year. Unfortunately, the CCP has responded by crude force, arrests and, even more worryingly, by the unilateral imposition of a so-called national security law for Hong Kong.

Although not an isolated act, this law is an unprecedented assault on the city’s autonomy, rule of law and fundamental freedoms, as well as on international agreements. The very integrity of the ‘One country, two systems’ principle is being destroyed.

Given the worrying developments, a group of over 900 political leaders from across the democratic world decried these unilateral acts. They have also been strongly condemned by a recent resolution of the European Parliament.

In this context, Reinhard Buetikofer MEP (Greens-EFA/Germany) and Miriam Lexmann MEP (EPP/Slovakia) have initiated the launch of the informal EP Hong Kong Watch Group. The informal group’s aim is to bring together MEPs to work together across the political spectrum on issues related to Hong Kong, and to cooperate with political leaders from across the democratic world, including the UK Parliament and the US Congress.

Mr Buetikofer and Ms Lexmann are being joined as co-chairs by Petras Austrevicius MEP (Renew Europe/Lithuania), Anna Fotyga MEP (ECR/Poland) and Juan Fernando Aguilar Lopez MEP (S&D/Spain), and members will include MEPs from all the major political groups.

According to Reinhard Buetikofer, “with this so-called national security law, Beijing is violating international agreements. No country should be able to violate international norms and agreements with impunity. The EU needs to show that this behaviour can and will not be tolerated, but that it comes at a price.”

“It is important that Members of the European Parliament and, indeed, political leaders from democratic countries around the world, stand in solidarity with the people of Hong Kong, and oppose attempts to subvert Hong Kong’s autonomy, rule of law and fundamental freedoms, as well as international agreements. The freedom of the people of Hong Kong is our freedom. If one is not ready to speak for freedom everywhere, we can’t expect freedom to be guaranteed anywhere”, added Miriam Lexmann.