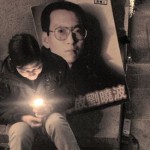 The European Parliament has not only welcomed that Liu Xiaobo has been awarded the 2010 Nobel peace prize, it is also following through with its pledge of support.

We see this presence in Oslo also as an expression of strong opposition against the unprecedented diplomatic campaign that the Chinese government has pursued to keep representatives of the international community from participating in the Oslo ceremony. We respect China’s sovereignty. But that will not keep us from expressing our solidarity with human rights defenders and we also call on China to correct the course that it has pursued over the Liu Xiaobo case internally and externally. We call on the Chinese authorities to free Liu Xiaobo and to allow his relatives and friends to travel internationally in order to bring home to China the prize that he has been awarded.”

The European Parliament will be represented at the Oslo ceremony by the EP’s Vice President Edward McMillan Scott and Finnish Green MEP Heidi Hautala, the chair of the Human Rights Sub-committee.